Get 30% OFF On Wholesale 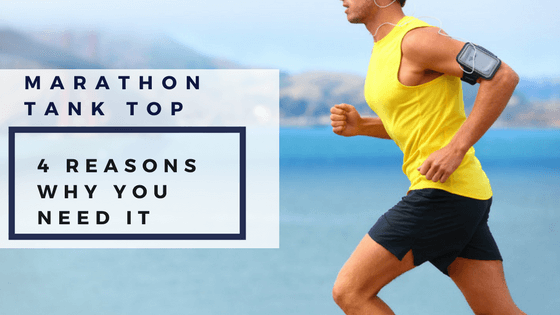 Tank tops have long served men. Though they have been regarded very little, it is time to give them their deserved attention. Tank tops are functional, in fact, if you believe the experts; they are a better choice than t-shirts. However, they have been rejected over and over again. Today, we have summarized a list of reasons that are bound to change your staunch feeling for tank tops. Want to know what they are? Keep scrolling down.

So we are going to break the first point into two parts- one, tank tops reduces muscle soreness and second, tank tops help you recover fast. So getting to the first point, it is no surprise that a compression tank top improves blood circulation throughout the body. When wearing a compression tank top for a marathon, it forces the body to heat up, making the heart beat faster, pumping more blood into the veins and circulating oxygen throughout the body. Oxygen will prevent your muscles from forming lactic acid, which causes soreness afterward. So if you join the dots, you will understand why a tank top stands out so well with the marathon runners.

It Helps You Recover Fast

Reputed tank top manufacturers wholesale use the best fabrics when crafting tank tops. As the last point has been elucidated and focuses on the first part of preventing soreness, this one focuses on how it actually stops the lactic acid formed in the muscle from spreading. It is not rocket science, but some amount of exhaustion is expected when running a marathon. But with a compression tank top, your blood remains warm. So even when you have stopped running, your body still remains warm, helping you recover faster.

Though many would like to debate on this particular topic, if you ask the pro marathon runners and take expert advice, tank tops do help improve your performance. The argument is made explaining a few facts. It starts with the reduced vibration of the muscles followed by generation of more blood that clears the lactic acid from the muscles which further reduces fatigue and soreness, ultimately resulting in endurance. More endurance means better performance. Hence, the correlation between wearing a tank top and your performance is highly associated.

A Tank Top Is Not (Only) For The Beach

Injustice is limiting the use of a particular piece of clothing because you are too lazy to explore the other options. Tank tops work great under layering options like jackets and blazers and even shirts. But their potentiality is too much and their versatility allows you to wear them individually as well, especially for marathon sessions. Wholesale mens tank tops manufacturers use the finest quality materials to craft them that further give them a bunch of functional qualities like wicking moisture. So if you thought that tank tops were meant for the beach, you were mistaken. Pick in subtle shades to reduce the extravagant impact, and you are good to go.

Convinced yet? Now that you know how useful a tank top is, make good use of it.

So if you are a marathon runner (pro or novice), it is always better to wear a tank top. The topmost manufacturers in the town have the best of tank tops for men. These can be purchased in bulk by the retailers at discounted prices.