Get 30% OFF On Wholesale

Nano-Technology Features To Look For In Running Apparel

Marathon » Blog » Nano-Technology Features To Look For In Running Apparel 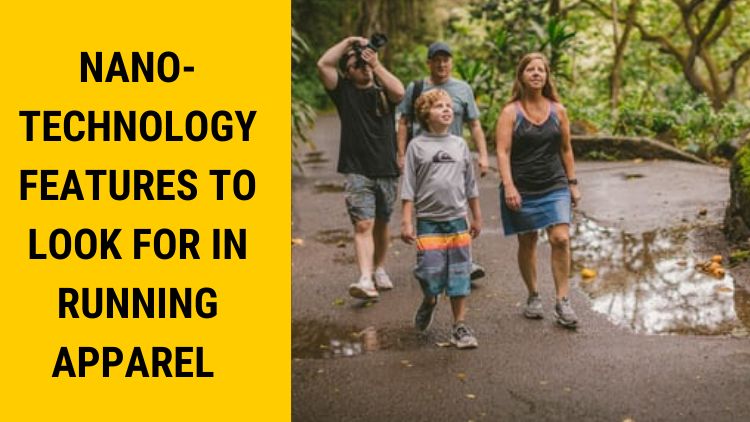 The modern fitness clothing, especially running apparel are incorporated with nano-technology features for increased effectiveness. These Nanoparticles are increasingly used as coatings on clothing to make it waterproof, microbicidal, UV-blocking or antistatic.

A sought after running clothing manufacturers is offering a collection of such apparel pieces that are customizable. Meanwhile, let’s find out in the blog below the various features you need to look for in the modern apparel pieces.

In most of the running apparel, silver nanoparticles are added to clothing for their powerful ability to kill bacteria and fungi. This also helps to prevent the nasty odorscaused during the workout. Nanosilver particles release positively charged ions that stop bacterial cells functioning. The particles’ tiny size means the garment stays soft and wearable.

Silica For Waterproofing and Stain Resistance

The nanoparticles of silica incorporated into the weave of a fabric or sprayed onto its surface create a coating that repels water and stain-producing liquids. The angle and roughness of the silica coating creates enough surface tension to ensure that liquids form beads that roll off the fabric rather than soaking into it.

Even if you are working out in the winter season, you might get sunburnt through your T-shirt? Nanoparticles of titanium dioxide or zinc oxide are incorporated into textiles to protect the garments and your skin from sun damage. Both particles scatter the ultraviolet light in sunlight, and do so more effectively as nanoparticles rather than as larger particles.

Some fabrics particularly the artificially modified variants such as polyester and nylon tend to gather static charge. Whisk a top over your head and your hair stands on end. But nanoparticles that conduct electricity, such as zinc oxide, titanium dioxide and antimony-doped tin oxide, can help disperse this charge.

The modern workout clothes are increasingly being designed with nanotechnology and are largely made from standard fabrics upon which a nano-coating has been applied. This helps to alleviate the workout routine of the customers. Do you wish to invest in women’s and mens suits wholesale? Contact one of the renowned suppliers and check out the vast assemblage of performance features attributed clothing pieces that the supplier has in store. You can even spell out your custom needs to the help team for the same!

Audio Version:- Nano-Technology Features To Look For In Running Apparel